Marianne Luban
I've had one foot in the past ever since I was a kid. One of these days I'll be history, myself, but meanwhile I'll stop here to make some notes about things that interest me and maybe you. Scroll down to the bottom of this page to find my books.

I have posted some new papers at Academia.edu.  Please  see

https://independent.academia.edu/MarianneLuban
Posted by Marianne Luban at 7:03 AM No comments:

I have uploaded two more papers to my Academia.edu page. One is called "DNA and the Harem Plot", some of which was already a notification here, [Thuya and Dynasty 20] and the other "The Significance of Eight Years". This means an eight-year coregency between Amenhotep III and Akhenaten makes sense in light of all the evidence.

https://independent.academia.edu/MarianneLuban
Posted by Marianne Luban at 7:00 AM No comments:

I was going over the autosomal DNA of Ramesses III and that of his son, "Unknown Man E", who could be Pentaweret--when I noticed that some of their alleles at the various loci looked familiar.  Then I recalled where I had seen them previously.  In the autosomal DNA of Thuya--the mother of Queen Tiye!

Thuya was the wife of Yuya, who seems to have been a relative of Amunhotep III.  But Yuya and Thuya don't appear to be closely related at all, according to their DNA profiles.  In fact, old Thuya has much more in common, genetically, with the men of Dynasty 20!  Why this would be I am not at all sure.  A man called Setnakht was the founder of the 20th Dynasty.  We have no idea who he was, but the evidence points to his having had a brief reign.  Ramesses III was most certainly the son of Setnakht and "Unknown Man E" the son of Ramesses III, according to their autosomal DNA profiles. The mother of  "Unknown Man E" was named Tiye.  But see this at the various markers or loci:

As you can see, Thuya does not fail to have at least one matching allele to either the father or the son at eight microsatellites or loci.     I'll have to investigate further, if possible.  The distance in time between Thuya and these men can be roughly calculated.  One can estimate that the mother of Queen Tiye died in Year 30 of Amunhotep III.  Allowing for an 8-year coregency between that pharaoh and Akhenaten [in which I have come to believe] the ensuing reigns up to Setnakht add up  to about 155 years.  We can't be certain of the durations of all the kings involved.  Since Setnakht had a short reign [only up to Year 4 attested] it may be that he was not young and had been born during the long kingship of Ramesses II.  Autosomal DNA can reveal near relatives as well as distant ones.

"Unknown Man E", probably Prince Pentaweret, was involved in a plot against his father and Tiye, his mother, was also accused.  Evidently, these two believed Pentaweret had a strong claim to the throne.   Thuya, for her part, appears to have had a connection to both Ramesses III and the mother of "Unknown Man E", according to the DNA.

http://learn.genetics.utah.edu/content/chromosomes/typesauto/
Posted by Marianne Luban at 12:11 PM No comments:

MY QUEST FOR NEFERTITI


My latest book!  Don't miss it because I devote an entire chapter to the DNA of the royal mummies and make it easy to understand with a brief tutorial.  I also explain the rare alleles of the autosomal DNA in the extended family of Tutankhamun and where they can be found outside of Egypt. It's quite fascinating, really, and more than a little mysterious.  I think it's important that persons with an interest in Egyptology begin to get a better handle on how all that works because it's a new facet of the field and isn't going to go away. At least I hope not! There are so many things in “My Quest For Nefertiti” that aren't discussed in any other book about the Amarna Era. You may never view the royal family at the end of the 18th Dynasty in the same way again. 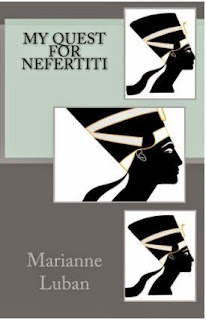 Posted by Marianne Luban at 9:56 PM No comments:

Next Generation Sequencing and Egyptian Mummies

This is the first study on Egyptian mummies [albeit Late Period ones] that I know of using the technique of Next Generation Sequencing:

https://publikationen.uni-tuebingen.de/xmlui/bitstream/handle/10900/49936/pdf/R.Khairat_next_generation_sequencing_of_DNA_extracted_from_mummified_tissue.pdf?sequence=1&isAllowed=y
Posted by Marianne Luban at 1:25 PM No comments:

Where Is the DNA of Thutmose IV? 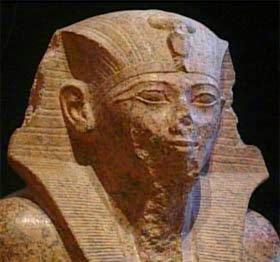 Recently, I wrote an email to the Secretary-general of the SCA in Egypt, asking for publication of the autosomal DNA of the pharaoh Thutmose IV, as I feel our understanding of the 18th Dynasty can go no farther without this information.  Ever since Zahi Hawass et al published the DNA testing results of Tutankhamun and his family members in JAMA, people have found it odd that Thutmose IV was not included in the study.  His mummy is fairly securely identified and, besides, the face resembles his own portraits from antiquity and also bears some resemblance to the head of the mummy of his father, Amenhotep II.

Amenhotep III was tested and so was the mummy formerly called "the Elder Lady", long thought by some, including myself, to be Queen Tiye.  This was confirmed, as her DNA showed her to have been the daughter of Yuya and Thuya, also included in the study.  Moreover, it looks quite likely that Yuya was a relative of Amenhotep III, a rather surprising and not insignificant development.  We do not, evidently, have the mummy of Mutemwia, the mother of Amenhotep III, but there is Thutmose IV for sure.  Had this last been tested, it would have been possible to know if Yuya was related to Nebmaare Amenhotep on the paternal or maternal side.  Persons are speculating that Yuya was a brother to Mutemwia, but I do not concur, as one can see in my paper, "The Name of Thuya", which can be read here:


It is up to the Egyptians to explain why Thutmose IV was left out of the DNA study or publication when it would seem his inclusion might have answered some questions that arose out of the study, itself.
Posted by Marianne Luban at 10:48 AM 1 comment:

has convinced me that the injuries on the mummy of Tutankhamun are consistent with falling out of a moving chariot while shooting arrows.  The making of an Egyptian chariot, re-discovering a lost art, is fascinating, too--but one must watch the show to the end to see what may have happened to the young king.  The injuries to his body are on the left side.  The archer did not shoot the arrows straight ahead over the heads of  the horses but from the side of  the car.  He chose his target or targets by having the driver charge past them.  In a battle charge, the driver would maneuver the team in a circular pattern so that the archer would only expose himself to the enemy for a short time until the driver circled back.   Watching how it's done in the video is far more edifying than any explanation from me.

Meanwhile, the bowman uses the open left side of the front panel  and its railing in order to gain purchase with one of his legs.   However, if  the right-handed shooter is somehow ejected from the car at a good  rate of speed, he will almost certainly land on his exposed left side.  Watch the film and  see if you agree. 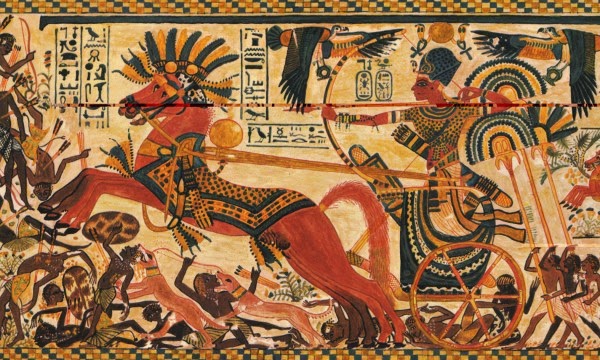 Posted by Marianne Luban at 8:05 PM No comments: